Why have women at the leadership table?

Why have women at the leadership table?

The dearth of female leaders in CEO and Board level roles has been the subject of many articles, research topics, opinion pieces and political discussions over recent years. Anecdotal evidence from the work we have been doing in the executive search space over the past 12 to 18 months suggests that there is increasing interest in the market to develop, attract and retain strong female leaders.  Sceptics might say this is because there are bonus linked KPI’s around gender diversity to be met, but evidence suggests that women are better leaders. 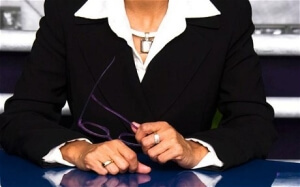 Good leadership is predicated on many traits, skills and abilities. Hay Group research determined that leadership traits like empathy, conflict management, self-awareness and influence were consistently tied to successful business outcomes. In their research women score proportionately higher on all these traits than men.  Likewise, research by US based leadership development consultancy Zenger Folkman, found that women rated higher than men in overall leadership effectiveness and they rated higher than men in 12 out of 16 leadership competencies tested.

Interestingly the Zenger Folkman research found that men and women start their careers with very little perceived difference. Through their mid-twenties to late thirties men are perceived to be slightly more effective than women. From their late thirties/early forties onwards women are perceived to me more affecting. Possible reasons are that women are more inclined to ask for feedback on their performance throughout their careers, whereas men reach a point, around 40 years of age, where they don’t seek feedback as often; they assume they are doing well. Then there is the old adage that “women have to work twice as hard to be perceived as twice as good”.

Despite the research supporting women as leaders, at the CEO level, worldwide, there are only 3% to 4% who are women. According to the Australian Institute of Company Directors the latest percentage of women on ASX 200 boards is 21.0%.  Additionally women make up only 17.3% of CEOs in Workplace Gender Equality Agency reporting organisations.

If it is accepted that women make up close to 50% of society, workforces and potentially customer segments then why shouldn’t they be more equally represented at the leadership table? If you could hire or promote someone who is willing to work twice as hard, will continually strive for self-improvement and has innate traits suited to leadership, why wouldn’t you?