I sat down with my team last week and discussed the 150 outplacement services that we have undertaken this year. The conversation turned to what the pattern of comments has been from the outplaced candidates on their experience with their employer in those final few weeks both before, during and after they received the bad news. Some were devastated, others saw it coming and almost saw it as an opportunity for a fresh start. However, the majority of the employees made comment at some stage of the process on their experience.

Below is a list of the 5 that we heard more than anything else. Do what you want with this list as a HR Leader; accept some of it as inevitable given the circumstances of a redundancy, take the opportunity to improve your retrenchment and redeployment process to avoid some of these consequences, or perhaps use this to check the strength of what you have in place. 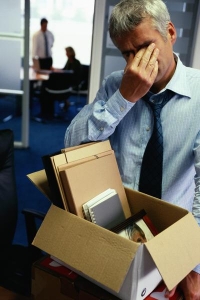 1.    “I was given the bad news that I was dreading, then was expected to take in all of this other information about termination payments, assistance programs, etc. straight afterwards”.

When humans are given shocking news the receptor sensors shut down and the person loses their ability to take anything else in. This is called the “White Noise” effect. When you have just communicated to an employee that their role is being made redundant, chances are that any information you pass on thereafter needs to be incredibly simple, reinforced a day later, and accompanied by written material for the person to take away. Otherwise, the employee only gets “I am no longer employed” from the meeting.

2.    “I was offered the opportunity to enter a redeployment process but it felt like lip service, so I never had a chance.”

This complaint is often unfair on the employer and the HR department, but it is still something we hear a lot of from redundant employees. It is important to remember that they are already short on hope, confidence and optimism after being handed a forced change in their lives. We also hear of instances where the timeframe given to them to re-apply for other roles is far too short, redeployment support seemed light on, so people found it hard to get information on other roles they could put their hands up for, inconsistent redeployment processes, amongst others. Perhaps one of the bitterest pills for a redundant employee to handle is where they feel someone else was already earmarked for the role.

3.    “I didn’t know about the Outplacement service until you called me.”

This is not us promoting our service. We have had a large number of employees claim they did not know what an Outplacement service fully entailed, had no way of getting in touch with us, didn’t know it was paid for by the employer, etc. Now, we don’t believe all of these complaints, but again, we go back to the “White Noise” phenomenon. So many employees have never experienced, or heard of, an Outplacement or Career Transition service. Getting the service fully explained to them (and preferably not 10 minutes after they have learnt that their role is no more) is vital.

UK research suggests that candidates who receive outplacement services are between 2-5 times more likely to be re-employed elsewhere, so whilst we apologise for exalting the virtues of a service we provide, it is probably one of the best legacies you can leave with your ex-colleagues / staff.

4.    “The company promised me something, then didn’t deliver.”

A written reference, a lunch to say goodbye to their colleagues, a termination letter for Centrelink by a certain date. People who lose their jobs expect the employer to meet their promises; after all, they just lost the promise of a job, so in their minds, all other promises should get met emphatically. This probably leads us well to our fifth complaint.

5.    “I feel I was terminated without any respect for what I had done in my time there.”

We talk about honour a lot in what we do with organisations. We dedicated a piece to it only a few months back – Retrenching with Sensitivity. Nothing seems to disappoint the victims of a redundancy more than feeling of being “shown the door”, even though that would not have been the intention of the process undertaken by the employer. It is also the part that, if not handled correctly, should have your remaining employees question the soul of the organisation. Redundant employees described events like “I was given the news, then asked to finish that day for no apparent reason”, “I didn’t really get to say farewell to people I had worked with a long time”, “The event was all very public which caused me some embarrassment”.

The major dynamic we became aware of is that none of these complaints ever make it back to the client, without a third party provider feeding it back in a structured way. So, if you are one of the many organisations with the task of rationalisation and redundancies, your employer brand may be incurring damage without you even knowing about it. As we have reinforced in this article a number of times, it is a highly emotional time for employees, and as a result, perceptions and judgements can be magnified beyond a logical level.

To balance things up, coming up on our website, I will include a blog on some of the great pieces of feedback we are getting from our Outplacement candidates when they experience best practice, as well as the 5 Best Things you can give to a Redundant Employee.