How employers might be ruining their brands by not handling this powerfully. 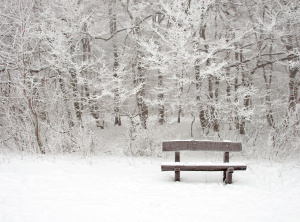 “Winter is Coming”. Jon Snow is both pragmatic and pessimistic as he warns the world of what is in store in the very popular TV series Game of Thrones. Well, the chilly nights, fresh mornings and cool sunshine suggest that winter is definitely coming. And if you are one of the tens of thousands of workers who have lost their job in the last 9 months, winter probably feels like it has been here a while.

The last 2 years has seen major redundancies across almost every major sector.

The latest major to announce a mass exodus, Worley Parsons, is shedding 2000 people (and that’s after letting 4000 go last financial year). BHP’s unofficial numbers of redundancies / contract ends are 3000, reports suggest Rio may have shed as many as 800 in the Pilbara region a few months ago, The list goes on – Fortescue Metals Group quoted 100 job losses a week, Woodside, Water Corporation, Woolworths, Australia Post, Viacom all rationalising to keep up with the changing times.

Adapting with the times

Large Australian employers are shedding staff to stay competitive in these testing times; medium and small businesses are also having to resort to similar measures. Whilst this is a time of stress, anxiety, discomfort (and perhaps opportunity for fresh starts), we do get to see the best and worst of how organisations handle this delicate situation.

Culling is a natural part of nature, in all walks of life.

In the labour market, the cull is a very definite part of the cycle.

But culling in a labour market needs to limit cruelty. The cruelty of “turfing” a loyal employee on the streets without any support going forward. The cruelty of leaving a person hopeless and hapless. The cruelty of ruining your own employer brand; giving what has had a long upbringing, a quick death.
Redundancies don’t need to look like a Game of Thrones scene. They won’t be sunny affairs, but should have honour, support and just as importantly, mindfulness for those who are left in the organisation.

Why redundancies can’t be messy…

The painstaking work done to elevate an organisation’s employer brand can be ruined in a few weeks if this highly emotional process is mishandled. Remaining employees will judge the way their former colleagues are treated when they are retrenched and in the age of technology and online business / social networking, bad news has never travelled faster.

Whilst organisations may not think this matters in a time like this, think again! Your ability to survive and prosper during a difficult time like this will depend on the engagement and passion of your best performers.

eadily communicate to their network how well or how badly their exit process was handled. The news of a badly managed program spreads like wildfire, and can reduce employee morale if they know their ex-colleagues have been mistreated.

The biggest fear for any victim of redundancy is how to go about seeking their next role, particularly in a market like we have at the moment. Many have never had to hunt for a job in earnest.

Reasons to retrench with sensitivity

So, perhaps there are two reasons to retrench with some sensitivity – to be humane to the departed, and clever to the survivors.

If the survivors watch with trepidation the cull of their colleagues, they may mentally run for the hills even though, physically, they remain on the payroll. Your live wood becomes dead wood – wasn’t that one thing you wanted to solve with a reduction in numbers in the first place?

Think about timing. Think about redeployment opportunities. Think about notice periods. Most of all, think about an Outplacement service. We are astonished as to how many employers either don’t know about such a service, or choose to ignore it if they do. Most of the reputable outplacement providers offer various levels of support, at various price points, so there should be at least the budget for a basic service if nothing more. It gives the employee a lifeline after receiving the ill-timed news.

Is it worth the expense?

There’s no doubt that cost management is paramount to survive in any economic cycle, but not at the expense of losing your best people’s hearts and minds. Again, we are not referring to those who leave, but those who stay to protect you against the storm you are currently in. The key to keeping your stars is harnessing the creativity, intelligence and energy of your best human capital; creating a healthy workplace culture where employees feel respected, valued and motivated to succeed. This includes showing the honour, respect and support to victims of redundancies.

You cannot avoid the fact that “Winter is Coming”, you cannot lament the feeling that the wall you built to protect yourself from the enemy doesn’t look as big and sturdy as you once thought it was. But you can control how motivated your army is to take the battle on – that’s what you need to focus on. Spring comes after winter so have your best people by your side as it does arrive, smiling and primed to prosper.